The Bomb-itty of Errors Reviews 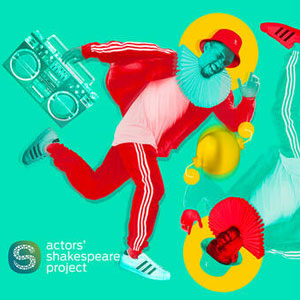 Average Rating based on 3 reviews

"...The show is a rap adaptation of the farcical story old Will.i.am told in The Comedy of Errors. There were two sets of identical twins all at once/Two big healthy boys and two little runts, the four young actors explain in an extended prologue that sets up the cockamamie plot."

"...There is no reason why Shakespearean plays must always be delivered in the measured tones of tradition, though that approach will never go out of style. The truth is, a knockabout farce like Comedy of Errors invites playful updating and mischievous innovation. The Bomb-Itty delivers a tasteful, funny, charming, colorful, and refreshing refurbishment of the original."

"...Actors' Shakespeare Project's "The Bomb-itty of Errors" is perfect pre-summer fare. Hip-hop and rap, a live DJ, a brilliantly exhaustive (and sometimes exhausting) script, some sublime acting and - as if that's not enough - the Bard himself, camouflaged but hardly hidden. All wrapped neatly in a 90-minute intermission-less package that is as invigorating as it is boisterous."